To hear how the station sounds from my DX location in SLC, click on the audio links. MP3 format. Click this

when you see it to hear a sample. Picture of tower may contain additional information that helps prove that we received this station.

If you would like to know what some of the symbols mean, scroll to the bottom of the page for a glossary.

* Both this new station and KRKK 1360 from Rock Springs, WY are on the same network, this is how I found this station, by comparing the two.

*-I have a lot of stations on 1340 in this area, so I thought I'd give a few a call to see what they are currently playing. The lady at KTMM told me exactly what was being said and I confirmed it by listening at the same time. This is odd because it was received at 11:30AM. That's very good for 1kw! The same goes for KTSN from Elko, NV.

***-KXNO is the first new station received by the new radio, the Sony XDR-F1HD. This station's HD signal was flashing, and the programming was sports.


** - For the first time, I had KANN 1120 Roy in a Null, and could hear talking under it. I listened online and confirmed I was hearing KMOX. The HD Radio signal blinked in too.

*-I have a lot of stations on 1340 in this area, so I thought I'd give a few a call to see what they are currently playing. The lady at KTSN told me exactly what was on at that moment and I confirmed it by listening at the same time. This is odd because it was received at 11:50AM. That's very good for 1kw!

* - Not only was the show playing that the website had listed, but the station went to low power right at 7:59 PM MST, seconds before the ID.

*Normally does not broadcast the full 150kw to protect U.S. Stations on 800. **Strange ID, but only likely station on 840. Ojinaga is located across the border from Presidio TX. ^^- I was able to null KFI long enough to hear a "banda" type music station that said "radio uno" once. Using my resources, I concluded it was XEHHI. 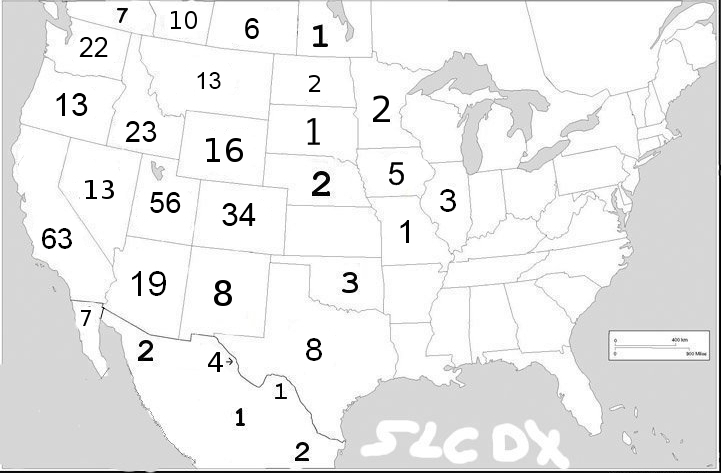 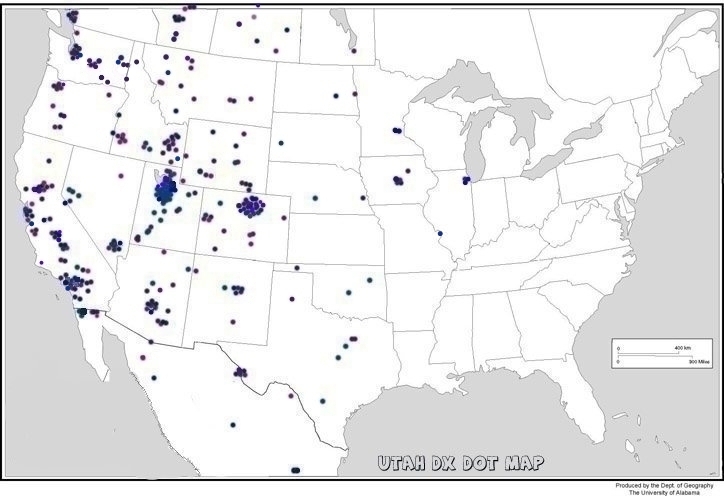 after the city of TX were picked up on the date indicated.

DIR - Directional antenna, may show D or N which means Day or Night.

W???- East of the Mississippi

- Coast to Coast AM Affiliate

- Station heard just outside of town, within 15 miles. PS stands for Parley's Summit, which is a new DX spot.

- Indicates HD Radio signal was received but did not lock.

-In the case of HD Radio, you'll see what a lock looks like.

Back to the DX page

Explanations of Radio (s) used (in order of usage)

Sony XDR-F1HD - Newest and first Ubstudx radio to receive HD Radio signals. A champion on FM and now AM.

Grundig S350 - DX radio digital tuning, very good radio. A majority of the receptions on this site are from this very radio.

Grundig FR200 - Radio with AM/FM/SW and wind up power. This is a good DX radio! (No longer active - used by GRDX)

This list is still pending further research. If you see any conflicts with this information and the stations above do not hesitate to email us at DX@ubstudios.com

*** - UBSTUDIOS Pledges that no advertisements will ever appear in popup form on this or any other www.ubstudios.com site. We do not condone popup advertisement and it is the main reason we moved to a new domain in the first place. Angelfire was horrible about advertisements, we will never do this. If you do receive a popup while surfing this site, you may have spyware on your computer. We recommend downloading a free copy of Spybot Search and Destroy. This link will take you to download.com an outside source. We are not responsible for the content of outside links.