This is the first epic to come out of Dorky Head Productions. The first war movie in which the UBSTU gang planned to film. Scheduled filming is the first week in January 2001. The story takes place in the year 2003 after GWB loses the presidential election to Hillary Clinton as the result of a recount in Wyoming. GWB also has a sex scandal involving a KO intern (played by KO Sinclair) going on. As a result of his defeat and trying to focus attention off his scandel with the KO, an enraged GWB declares war on the Sub-Saharan Country of Chad. Once this occurs each country in the world picks a side causing a new world war "WW3." The main factions are the Allies and the Hessites. The Allies include: The United States, Canada, Western and Northern European Countries, Australia, Japan, India and Israel. The Hessite countries include: Russia, China, the entire Arab world, Mexico, Uruguay, and Chad. After Russian and Chinese troops invade Alaska through the Bering Strait, they swiftly move down into Canada and into the Rocky Mountain States of the United States. The movie focuses on a small band of Wyoming militia guerilla fighters who ambush and raid the Reds. The movie is filmed outside of Green River, WY. Several intense battle scenes as well as the very harsh/realistic setting make this the best movie ever produced by Dorky Head Productions. "War is tough, but some stu have to do it." Stu Boy gives an outstanding performance as Humpum the radio boy. Watch for Leeroy V.H. and Van Stuber to recieve multiple oscar nominations for their roles in the film. The preview for the movie has recieved rave reviews. Received *** 1/2 Stars from our esteamed critic Butthesda Cobblebottom. Color 2001 DHP.

The teaser poster for World War III is below, check it out 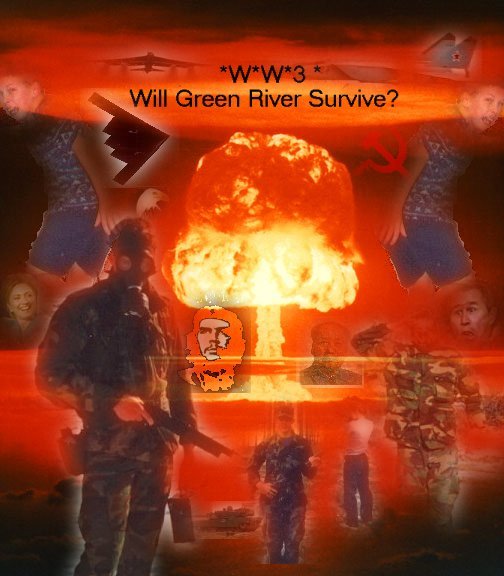 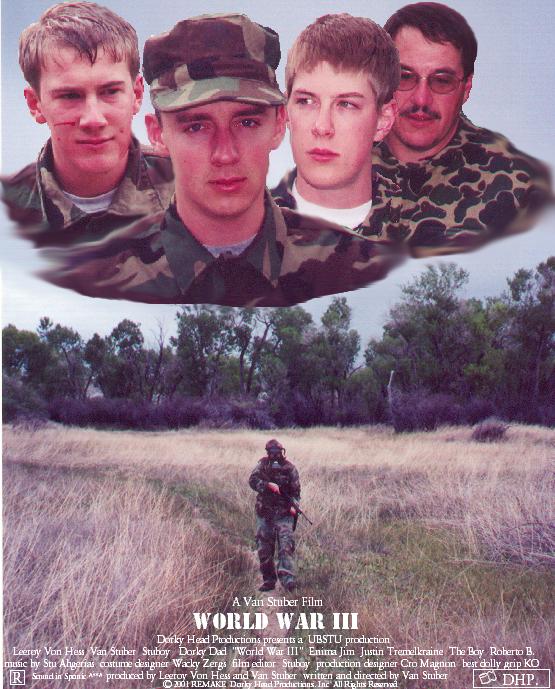 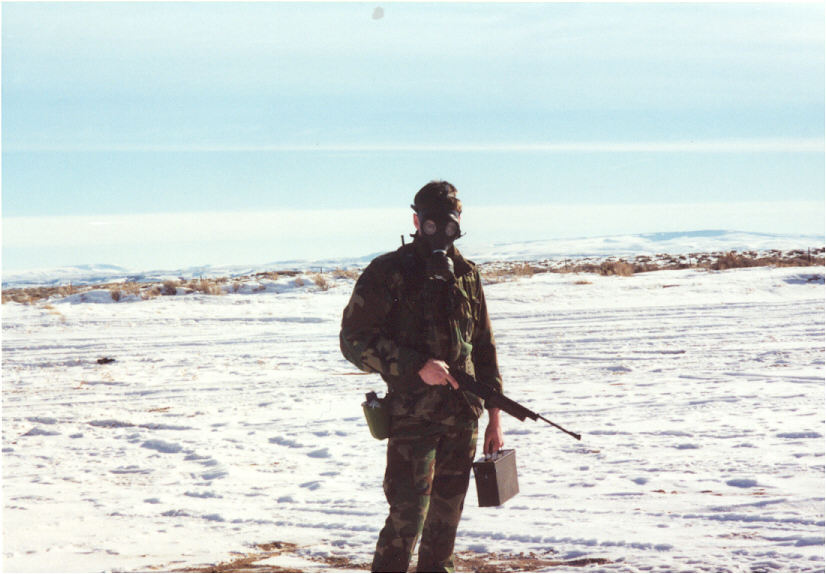