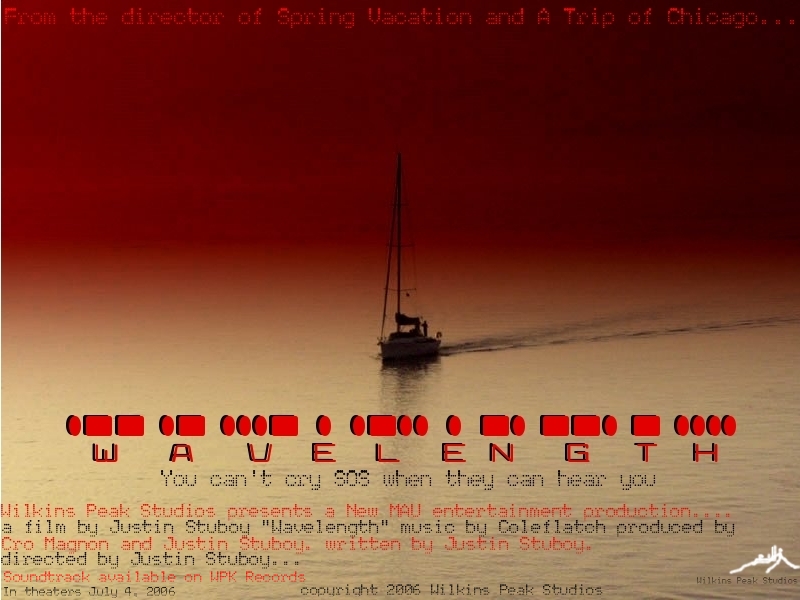 Imagine you are given the chance to sail around the world and have countless numbers of adventures and meet countless numbers of people. For Jack and Sydney, this is the chance of a life time. The chance of a life time that is until Jack stumbles upon a previously unknown radio signal that is operated by a ring of thieves who move from place to place stealing whatever they can find, and Jack and Sydney are the only ones who know about it. The problem is, these aren't any ordinary thieves. They pack enough power to track anyone who is listening to their broadcasts and will stop at nothing to take down whomever isn't part of their ring. Now the race is on on the high seas. Can Jack and Sydney get to safety in time?

"Beautiful filming locations set against a very dark script, a good combination" - Gene Mau - Stu Times
"One of the most suspenseful movies to come out of Wilkins Peak Studios" - Flatchman Magazine

"A good film with lots of twists and turns to keep you guessing whats coming next, basically, its NOT predictable" - Stu Peters - San Francisco Hea