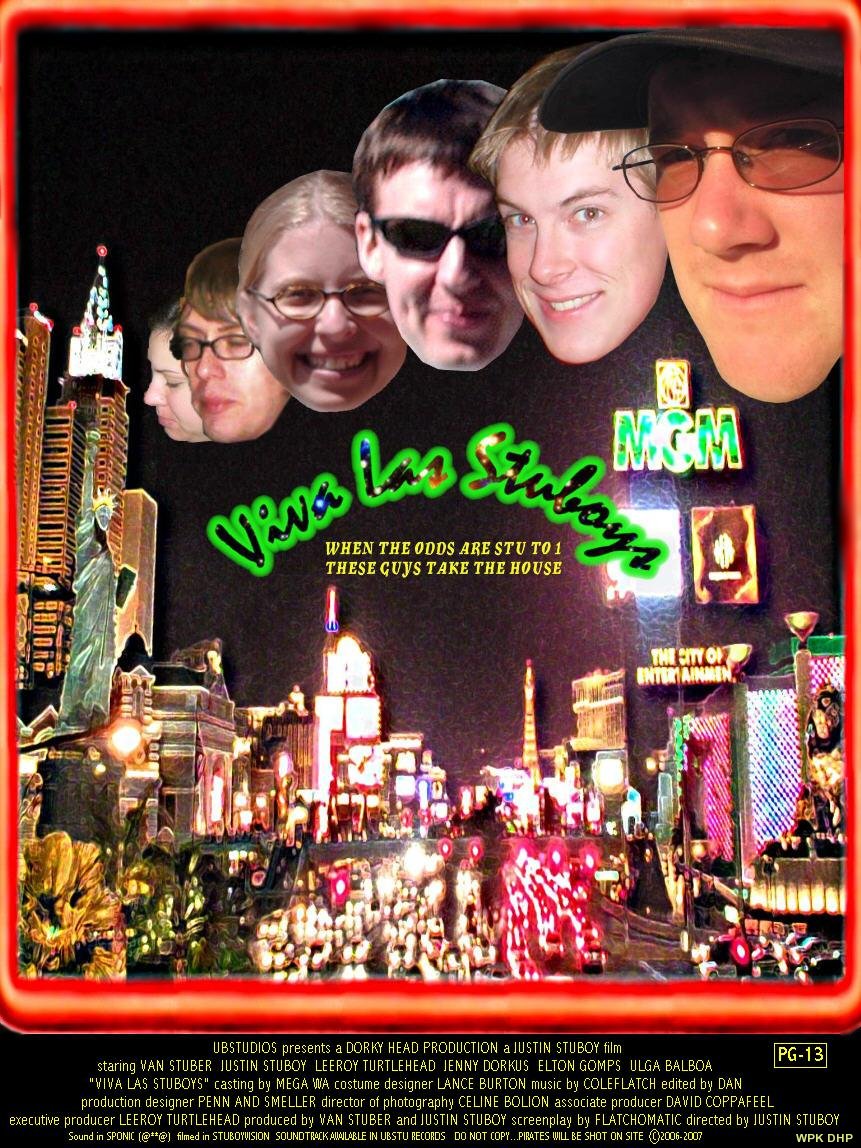 They say what happens in Vegas stays in Vegas. Not in this case, and not for these stus. Its a long weekend and these stus are out for a little Vegas vacation. Witness Las Vegas like you've probably seen it before, but never like this. From Richard The Stu in Excalibur, to Zoomanity at Caesars', to Steven Spielberg standing near the Bellagio, to more butts on signs, to gambling and losing a lot of money, Viva Las Stuboys takes you on one thrill ride after another, and exposes Las Vegas for what it really is, and really could be. Filmed on location, and without a script, this movie is as real as it gets. Rated PG-13 for language, some nudity on signs, general stuness of the characters and a butt that attacks someone during a scene.