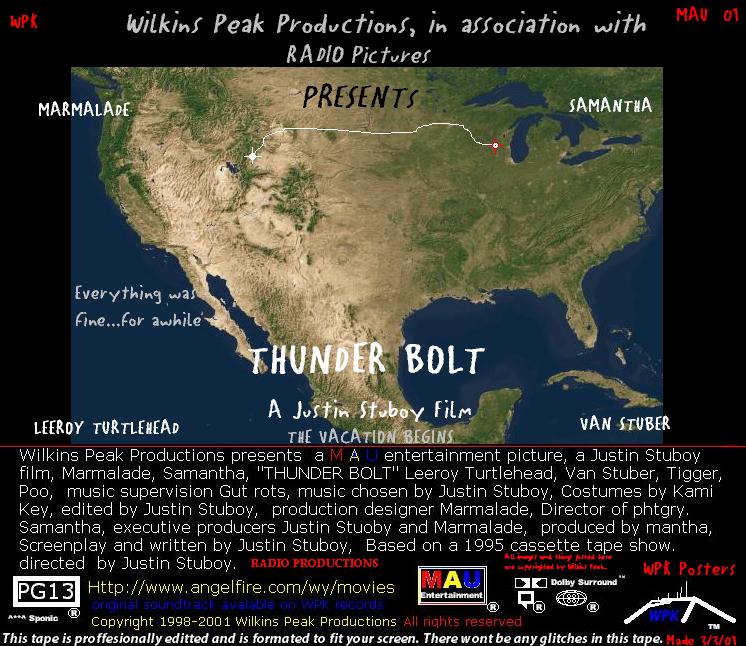 Review Thunder Bolt, Wilkins Peaks 3rd project was around 2 hrs long (original version). The movie if you don't get to see it, ( new version ) stars two famous cats. Marmalade plays himself along with his girlfriend(mantha). It begins with Marmalade winning a lucky handed Lotto game in his home town. Two crooks (Lee and Van) over hear a telephone call between Mantha and her cousin on a scanner. On the phone, Mantha tells her cousin about the money and guess who hears! Anyway Marmalade quits his job and the two cats plan to take a trip to a place called Silver Lake, Wisconsin. Along the way back, Marmalade meets up with his cousins. The crooks follow them to SL only to cause trouble. ***1/2 stars from Kitcat Magazine. Approx. run time 1hr 45 min (new version) PG-13