Planet of the Cats 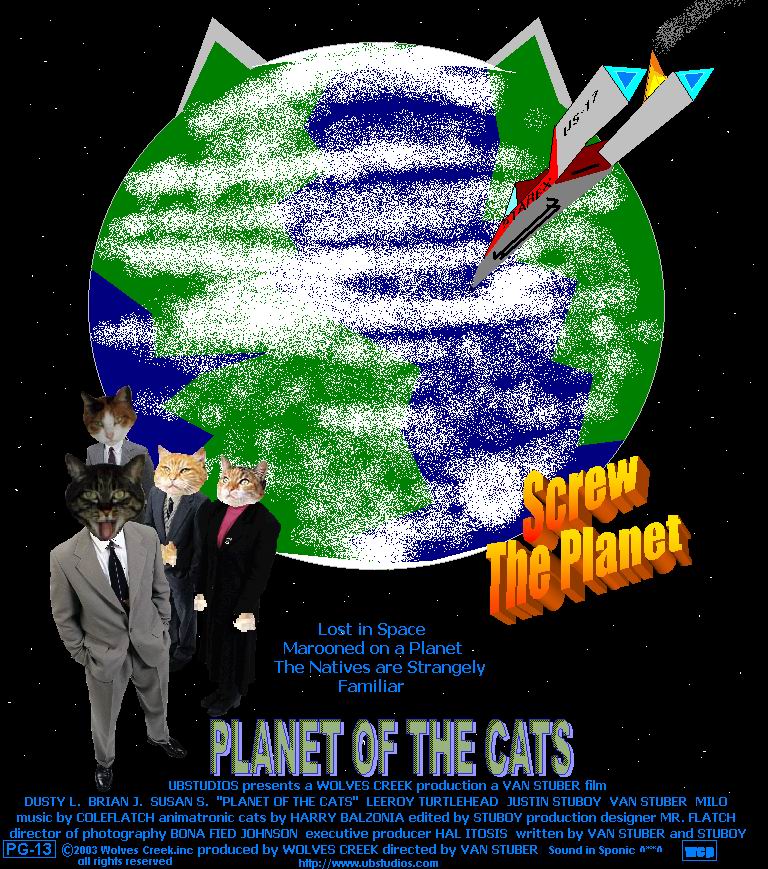 Humans have colonized the stars for centuries, and explorer units are always being sent out. For the Crew of the ship Starex, however, fate has a different plan. After being sucked through a strange gravity field, they find themselves near a strange earth-like planet. With a broken ship, they crash land on the planet which appears to be teaming with life. Suddenly they come face to face with a race of super smart cats who walk and talk like humans. They find their whole society is based of of the human race and the new arriving humans are seen as gods. They discover the cats race however is doomed because of their warring nature and competition with other semi-intelligent species on the planet known as Butts (Warriors) and Ahguys (Workers). The human crew soon finds them self on what seems to be the brink of a global war involving all species. Will the humans escape this planet or will they perish in a world sure to be destroyed. Find out. Rated PG. 13 for brief nudity, extreme cat violence, adult situation, and a Martha Steward Incarceration Celebration party. This movie is the Last in the Mantha Beat series.