That Time in Mesquite 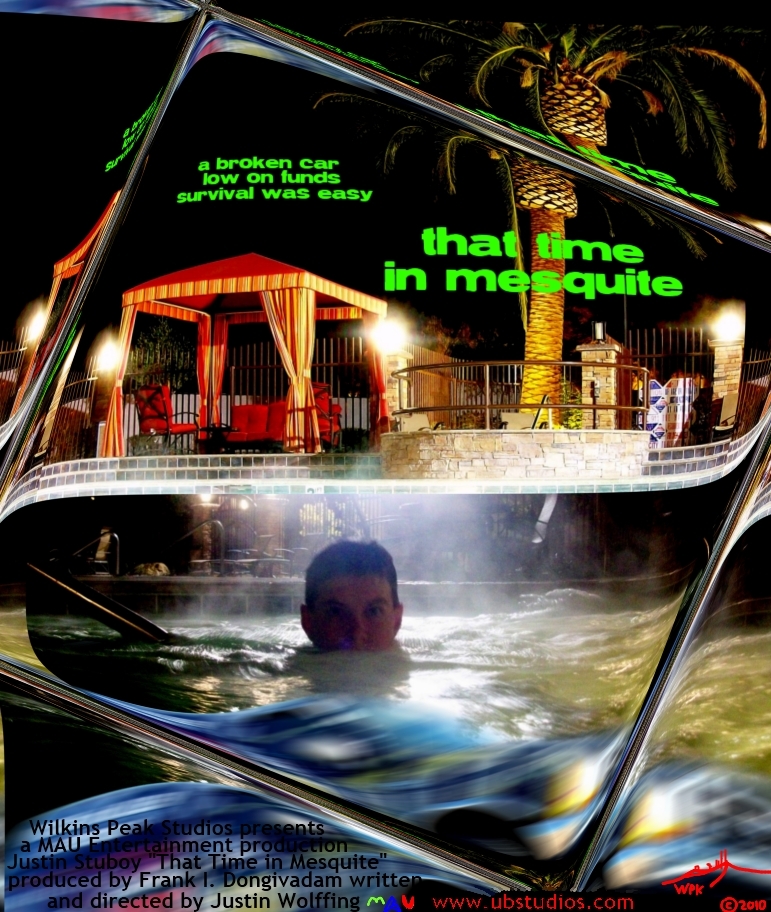 Stu never figured he would ever get to take a long trip with a company vehicle. He always figured one of the other employees would get lucky and go first. Not this time. A surprise mini-vacation ends up in his lap, and even though it may be work related, it is still a vacation. The destination: sunny Mesquite, Nevada.

But Stu has no idea what is in store for him. With the job finished and an extra day to play around, Stu decides to take the company vehicle to a place he had only ever seen one time before in his life, Hoover Dam. Alas, fate has something different in store and the company vehicle that brought him down there falls apart just outside of town. Now with no vehicle and limited money, Stu has to make his way through two more days and survive boredom, loneliness, and a dying cell phone.
One thing is for sure, survival was easy, That Time in Mesquite.

Rated PG-13 for language and nudity.

Back to Wilkins Peak Studios