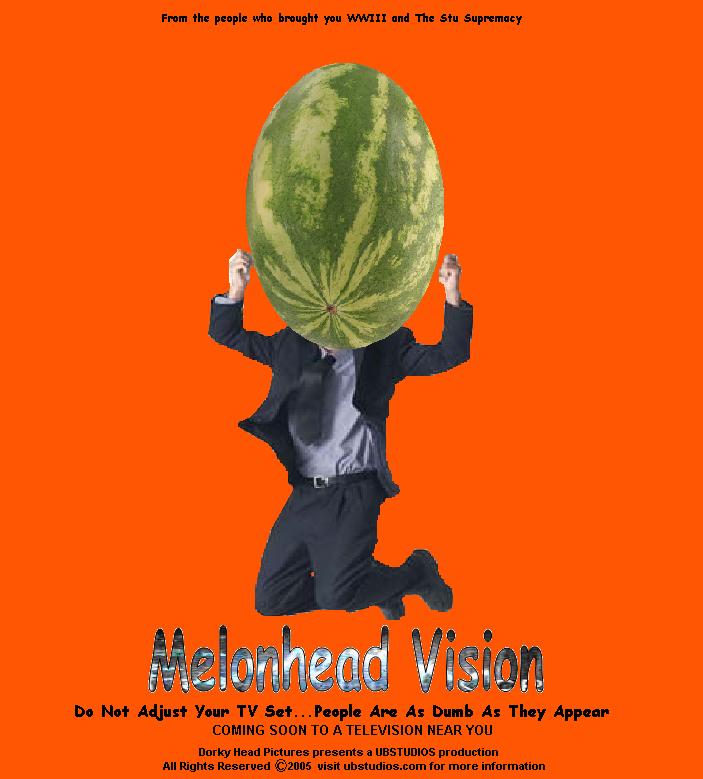 This poster is a teaser poster.

Melonhead Vision is a public access television show that throws the stones and can take the hits. Two misfits, Leeroy and Timmy, run the show out of their basement. The two really hate the mayor of the town, and have been trying to bring down his regime for quite a while. They decide to pick on the mayor's son, the black sheep of the family. What follows is the greatest film Ubstudios has likely ever produced. This film received a number of standing ovations at its premiere in Los Angeles, and the same in Flagstaff, AZ. Precise editing, all new film techniques and superb acting make this a true hit.