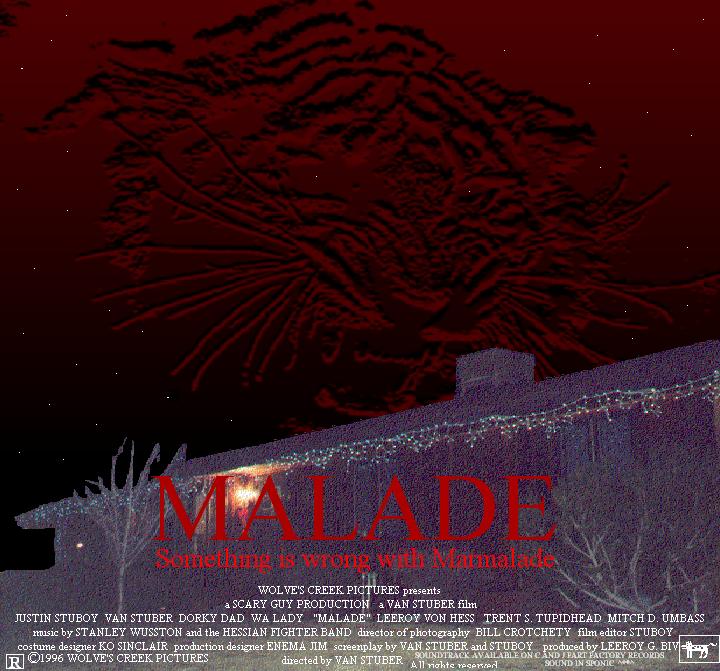 The second scariest movie to come out of Wolves' Creek. The story revolves around the friendly family cat who is captured by military scientist for animal testing. Something horribly goes wrong in the Laboratory and the Marmalade escapes. The devastated cat returns home to the Stu family to raise hell. The cat attacks and eats everyone and eventually an expert hunter is called up to hunt the cat down. But it's too late, the cat has tasted fresh blood and hungers for more. Now the family son must race against time to stop this killer cat from taking on the whole town. Color 1996 Wolves' Creek -currently only a preview has been made, and it cannot be found yet. Rated R for Violence and a Severe Mantha Beating- 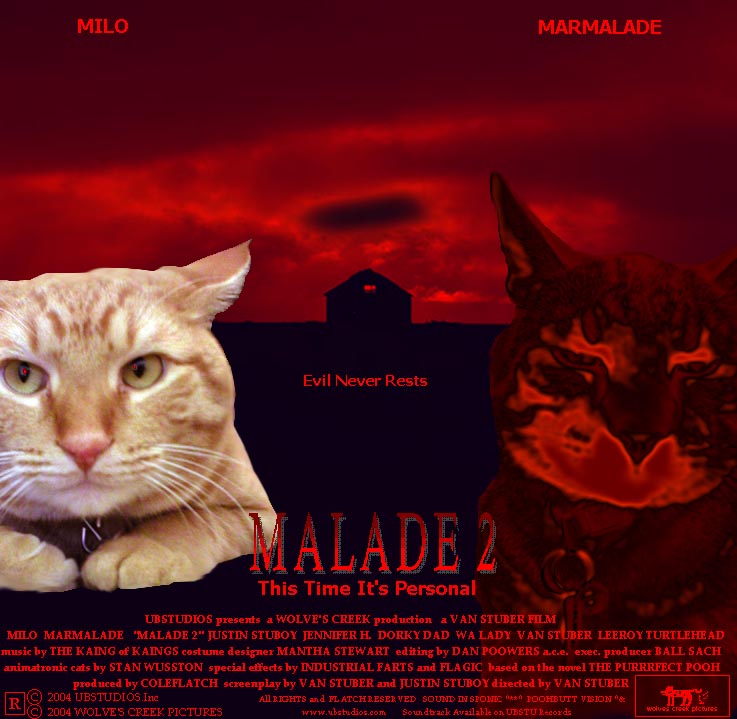 This is the sequel to the first successful film. In this movie, the Stu Family, after barely surviving the first film, buys a new family cat named Mozart. After moving to a new town and settling down, they start to notice something strange about Mozart. The cat keeps on attacking their other cat named Roscoe and eating the Stu boy's gold fish. Soon the cat turns on his family and stalks the little boy around the house. A geeky scientist is called in and sticks a thermometer up the cats butt only to find out that Mozart is possessed by the Ghost of Malade. Now the Stu Family has another rabid, moronically possessed, cat who's only goal is to taste human blood and eat people for lunch. Instead of being trapped in the house, Mozart escapes on the Stuboys school bus and reeks terror at the school eating many students. The cat is now at large in the city and the whole National Guard and Army Corp. of Engineers are called in to rescue the town from emanate disaster. Now Malade is mad and wants revenge. This time it's personal!!! Rated R for violence, language, and nude KO shower scene.