Back to the review page. 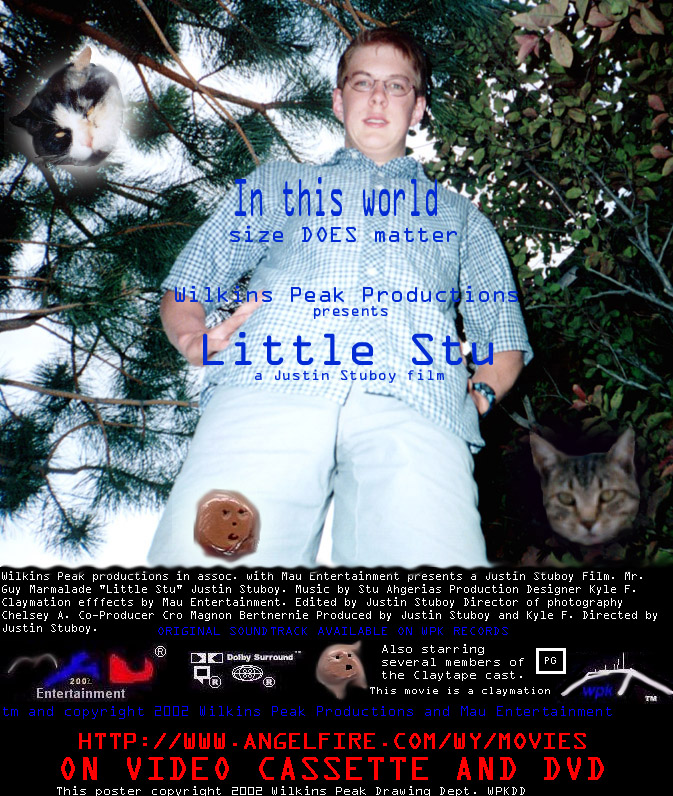 Stu Little is an orphaned peice of clay who gets adopted by the Little family. Soon after entering his new home, Stu gradually gets treated worse and worse by his El, his step-brother(Stuboy). How could this of happened, why is it Stu getting treated so bad. Its up to his new friend cat Pooh (Marmalade), to see whats up and try to escape. Beat, (Mantha) is the other problem. She is loyal to El, and will stop at nothing to let Stu escape. Highly action packed sequences are expected, as well as some crappy claymation technology. Color 2001 Wilkins Peak Productions. Part of the Very Stupid Journey Series.