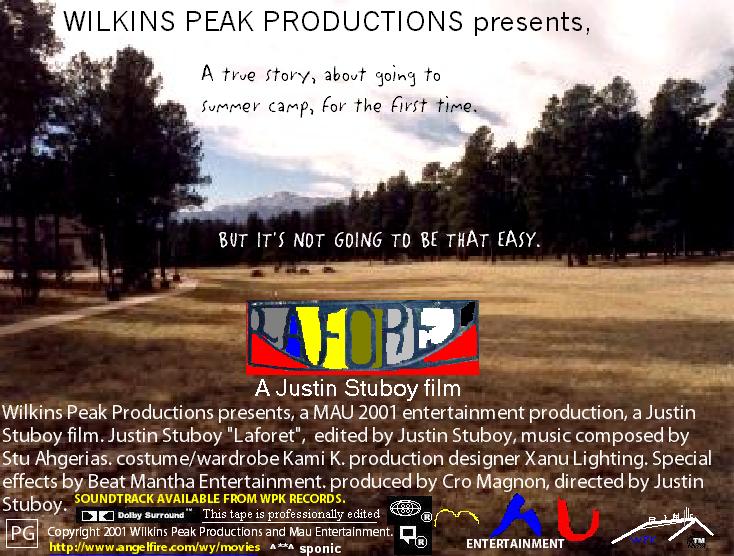 Have you ever been to summer camp, if you did you probably knew at least one best friend that was there with you. Well thats not what happens in Lee's case. Lee is a sophmore in highschool, never been to a summer camp in his life. Fact is, his parents had, and they wanted their son to go to one so they secretly signed him up. The story follows Lee as he makes new friends on the way to the camp in Colorado, and at the camp. It turns out, that by the end of the week, Lee has become more popular than he was. Before the ending of the movie ("it is only 45 minutes, WPK's first short film") Lee goes to the dance. There he stays outside pretty much of the time it is on, thinking that the music sucks, until a very ko girl invites him to dance. There is a suspensful part right after the dance that I won't tell you about. The movie ends with Lee traveling back which is kind of the emotional part of the movie. Color 2001 Scheduled to start filming summer this year. Rated PG for some mild language and partial nudity scenes. Based on a true story.