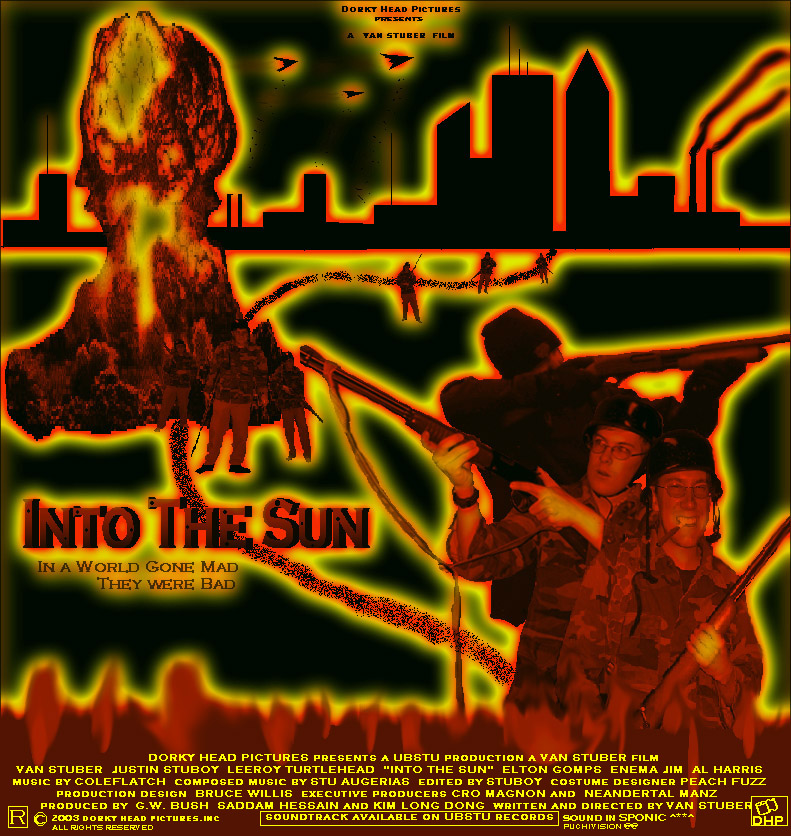 Into the Sun is the sequel to the highly sucessful World War III. Focusing on a band of three gurilla soldiers determined to kill as many Chinese and Russian soldiers as possible, the story takes us the the post invasion of America which occured in the first movie. Gaining popularity and notoriety among American soldiers, the trio of killers set out on a bleak and harsh mission along the coast of California to take back America from the invaders. The leader (Stuber) is known as Scarface because of his battle torn face and his love for cigars. He and his comrades, private Duffy (Stuboy) and a driffter named Kirk (Turtlehead) travel the country side armed with only their rifles and weapons stollen from the Chinese. They encounter many of the enemy and put them to rest without mercy and they eventually gain a strong following of supporters who also strive to reclaim their country. Now its up to the three heros to take back the city of L.A. in one of the most detailed and realistic city battles ever filmed. In the post apocoliptic war, the world was mad, but they were bad. Rated R for strong war violence, a nude scene, and a Chinese televised Mantha beat scene.