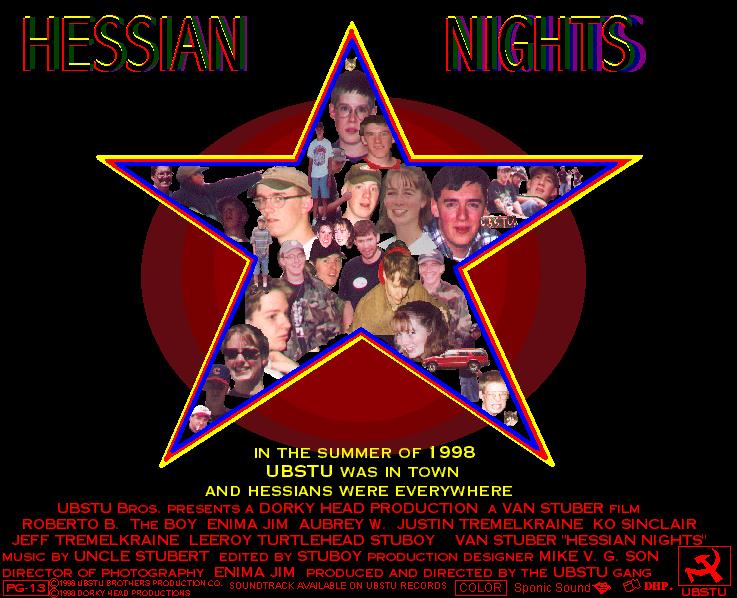 "Hessian Nights" is a follow up story to the Smash hit UBSTU. The story revolves around the summer of 1998 when the UBSTU gang had just graduated from High School and were about to spend their last summer together. The story is a thrill ride about the many things UBSTU did that summer. Some of the most memorable are the tricks played on the Fungal Blast with his Land Crusher, the road trip to the lake, and the adventures with KO. Most of the adventure happens during the nights of Car chases, wild raids, and Hessian hunting. Together, the UBSTU gang takes on a town full of Hessians and the Acrobatic Cowboy. This Rocks, That's What I said, EXACTLY. Rated PG-13 for Language, strong Fungal scenes, and a Fight scene. Copywrite 1998, UBSTU Bros' and Dorky Head Productions.