Escape from the Gods

Escape from the Gods 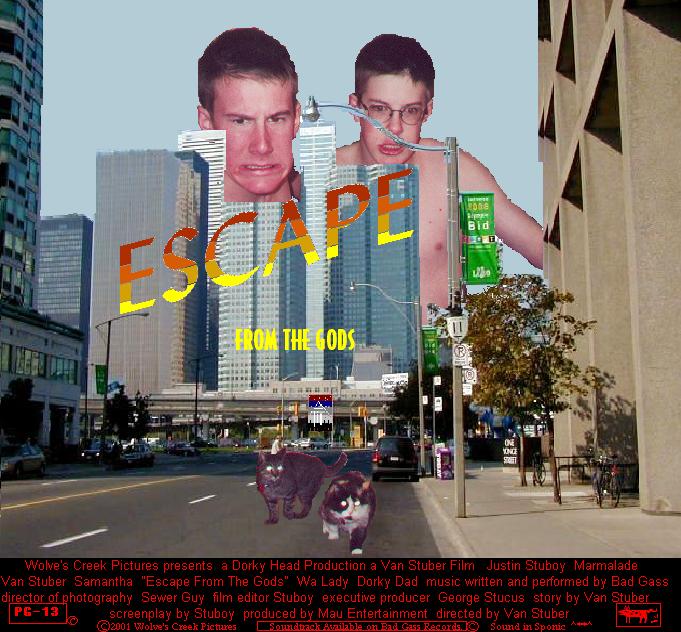 Some cats have it easy. Some cats don't. All cats have gods, and those gods are human. The gods bring the cats, shelter, food, and the occasional beating. In the Stubert's house, the two family cats have 4 gods. Two that treat them nice, the other two, the gods of Torture. Toby and Mantha have gone through years of abuse from these two gods. Fed up, the cats decide to escape and find another place to live, but it's not that easy. They must first escape the watchful eyes of the torture gods who are always watching. Rated PG-13 for intense Mantha Beating scenes, a Beat Fest Scene, Language, brief Nudity, and a dark ally Mantha Beating scene.