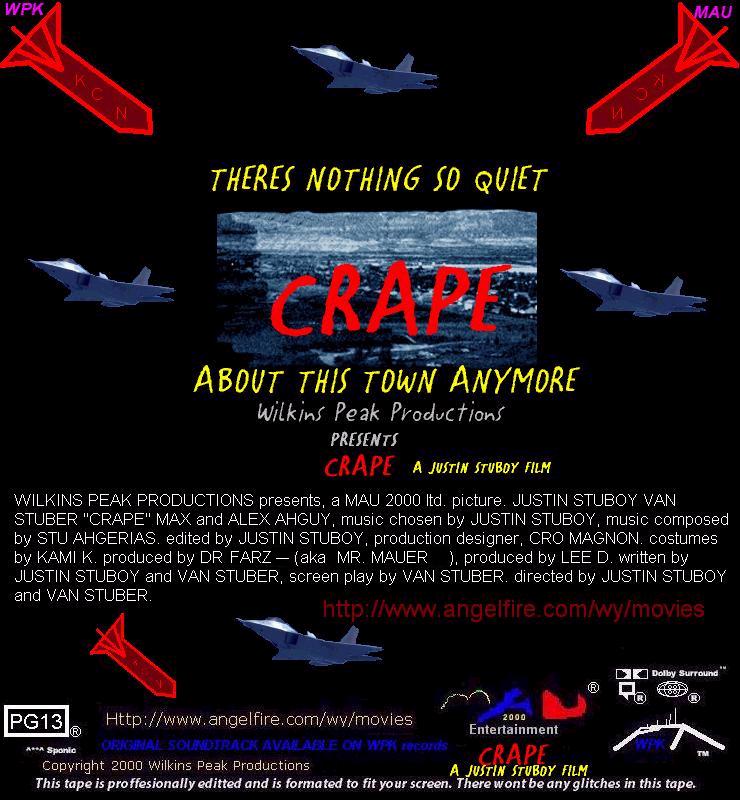 Crape, the second movie completed by our first camera started production immediately after Justin City's production ended. In fact, Justin City flows right into Crape! I had no idea this movie would turn out so good when I started it! The movie is about a small town that is destroyed by all sorts of disasters. The town also has to cope through these tragedies and rebuild. It's a good movie since both my bro and I directed it but its a short film only about 45-50 minutes long. Color 1998 PG-13 (mbl) -currently finished.

Crape 2's poster was deleted a while back. Sorry. There isn't much difference between the poster for the first one though. No thanks to Angelfire for that one.

Once again the town of Crape has come under attack by a new string off disasters. This time, the town itself exists in a different place, 14 miles from it's previous location. This doesn't stop nature and man's rath against the citizens. The Nagasies have declaired martial law on the city this time and an incoming weather front poses a big threat. This movie never was officially finished since bugets ran dry towards the end. It did however go through several re-films during early 2000-2002. Color 1999 (original film) Rated PG this time.