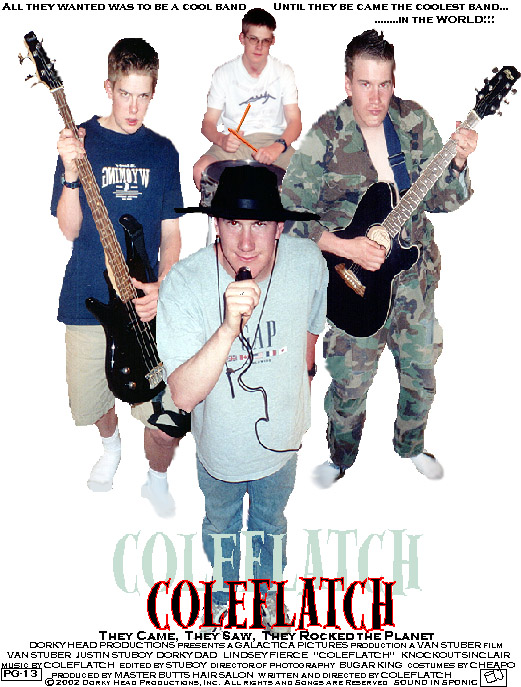 A small town group of four teenagers decide to become a rock band and buy guitars. Realizing they have no clue on how to play their instruments, they practice every night in their garage until they get a big gig playing at the local strip bar. When they get booed off the stage and water mellons thrown at them, they realize they have something special with their band and they take off on a world tour promoting the only 4 songs they know how to play. Soon they get groupies and experience the life styles of their favorite hero bands, John Tesh and Yanni. They become so famous and that tension grows in the band when they argue over what the next big hit should be. Soon all hell breaks loose when George W. Bush declares war on Canada and Greenland after an intern incedent that mirrors Monica Lewinskis. Now the band finds themself in a pissed off USA. Can they save the planet with their music or will they become the next New Kids on the Block. Watch this movie and see. Rated PG-13 for a nude scene, tons of swear words, a monster scene, and a Monkey to Goldfish brain transplant scene that goes horribly wrong.