A(or The) Trip of Chicago 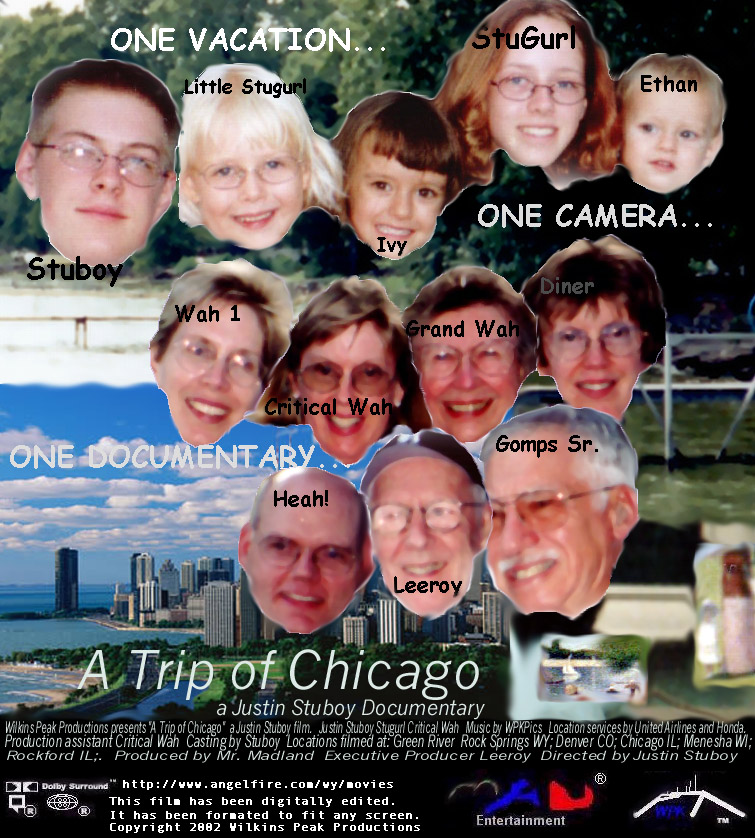 Ever wanted to know what Chicago looks like? Tired of seeing it on TV and not experiencing what it really is like. A Trip of Chicago has been acclaimed as one of the most realistic documentaries produced by independent studios like WPK. This documentary takes you for a 30 minute ride through a whole vacation of two people. You meet the family, and these arent actors folks, they're the real people. This documentary's got comedy, drama, and a great editing style. Well, what more is their to say, its great. Color 2002 Wilkins Peak Productions. Filmed in a ten day period and edited in just under 10 hours. Staring the people you see above (real names are not used for safety reasons.)
Freddie Farz Jr Oh yeah, this film is rated PG for mild language (almost none) and a violent yard ball fight scene which ended up like the picture seen below. 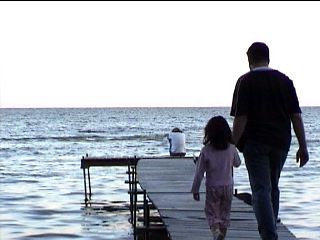 This picture was from the only dramatic part in the documentary. This shot features Stugurl, Paige and Elroy after the war over the beach ball ended.