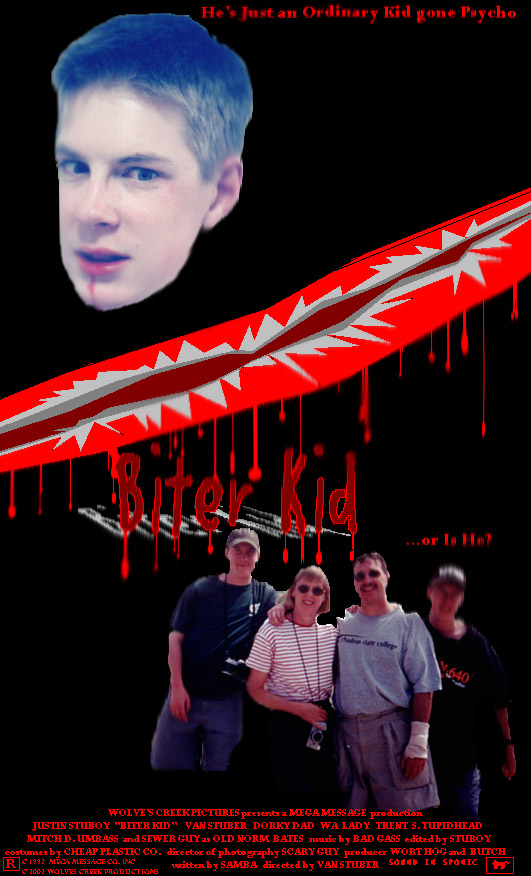 In a rural town in central Wyoming, a family of people decide to buy a dirt cheap trailer house. There is only one catch, it is haunted by a ghost who has been known to haunt little boys and make them bite people. Despite the fact that the Ahgersons have a young boy and know about this haunting phantom, they buy the house anyway. Well as predictable as a movie can get the little boy goes crazy and starts biting his family. He soon breaks out of the house and bites the neighbors and starts biting random people. Pretty soon his victims turn up with bite marks in them. The boy is lose in the town and people are running away. This movie has some poorly done claymation and special effects but compared to The Time Machine, the effects Rock. This movie was one of the first movies ever thought up by UBSTUdios. It was first thought of in 1991 and was performed on the Radio in the form of Radio Plays, and broadcasted through Mega Message. It eventually turned to a movie in 2002 and has become a smash hit besides the fact critics love it. Rate "R" for intense biting scenes, a UFO abduction scene, and a Terminator 2 T1000 rip off chase scene.