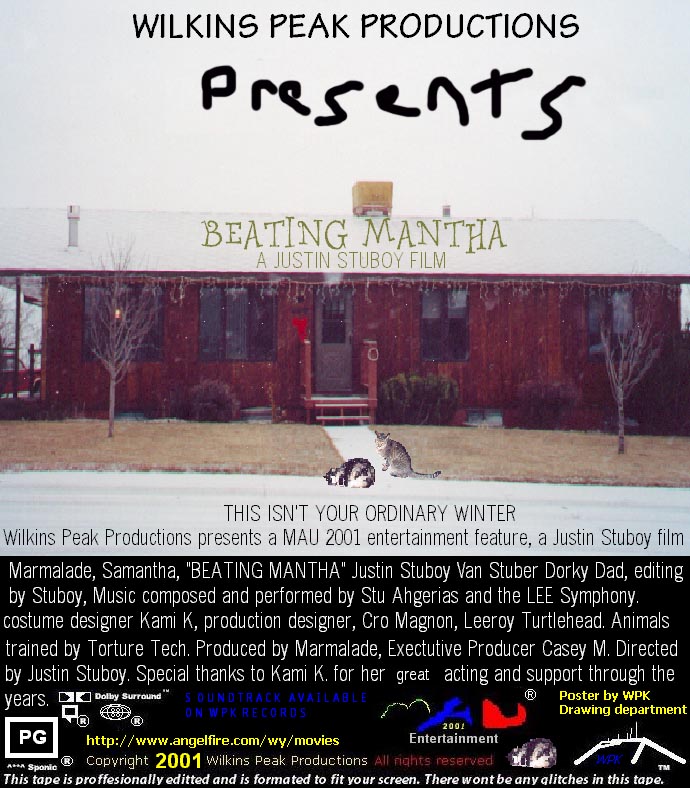 Beating Mantha is a comedy about a cat named Mau who tells a funny story about being a domesticated cat. The movie begins with Mau (Marmalade) (who can talk) telling us a little about his life. The movie goes on about the winter of 2000-01 and ends up in present tense. Mau talks about getting beaten by his human owners, his girlfriend Mantha (Samantha), the garage, outside in the snow, the vet, and some other things all leading up to the ending. It stars Marmalade, Samantha, Stuboy, Van Stuber, Wah Lady, Dorky dad, and some other hessians. It's release date was May 2002. 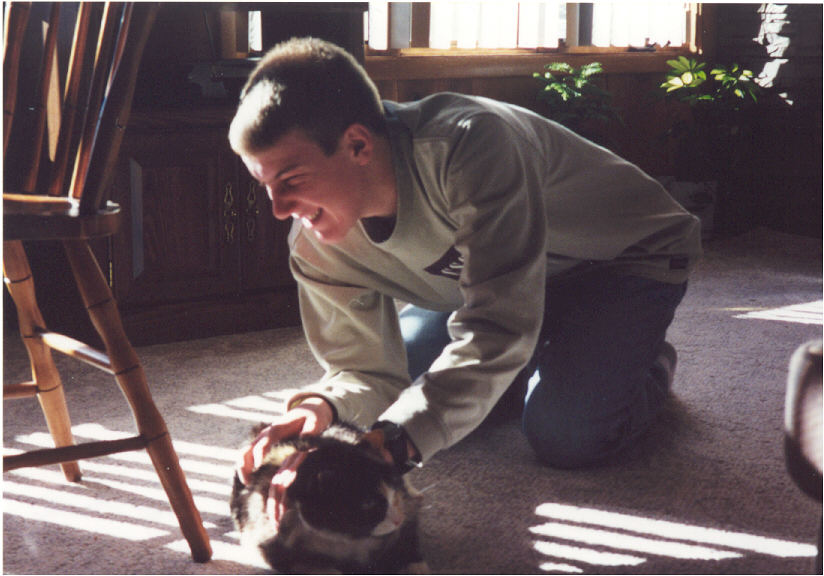 Scene in which Van Stuber attempts to beat Mantha