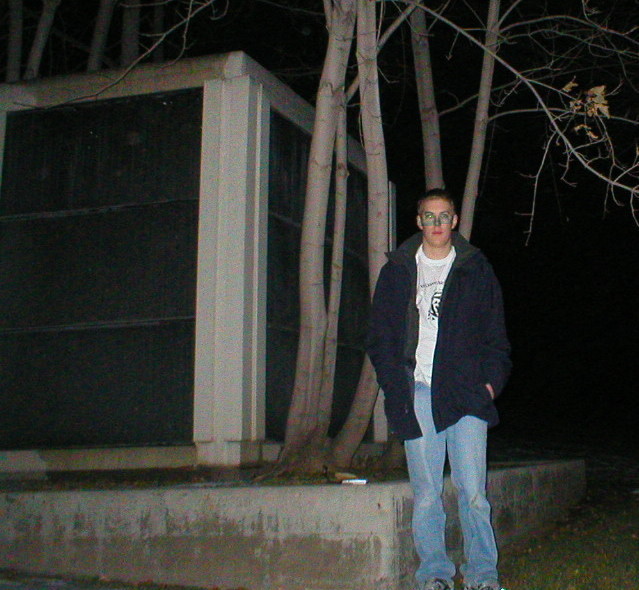 The new digital recorder can be seen to the left of Justin's leg.

I investigated (by myself) two places tonight, the west site where I have been previously but caught nothing, and the south side of the cemetery, both within half an hour of each other. I have a new Olympus VN-2100 digital recorder, and this was it's first time capturing EVPs.

On the west side, my camera's batteries failed, thus I was only able to snap two pictures, each containing nothing.

I then went to the nearest convenience store, bought new batteries, and headed for the south side of the cemetery. Here I snapped 5 pictures, again capturing nothing but orbs. These can easily be debunked as particles in the air, as there is a significant inversion happening here in SLC.

I was able to record twenty minutes of audio, but only 1 EVP surfaced, and was recorded on the south side.

I was asking for anyone to say their name or give any information that would be helpful, and a male voice can be heard replying: "Come Again...(audio glitch).....You are not allowed"

Several listeners have commented that the entity could also be saying "Over Here" prior to the glitch.

There is also a voice that can be briefly heard while I am talking. Listen for a lower moan.

The file is repeated several times, the first 3 are the original with the hiss removed, the last two repeats are with a special audio filter in Cooledit Pro (the octave filter in the equalizer) applyed to tone the voice down even more. This is one of the clearest EVPs we have captured to date.